Fused Filament Fabrication (FFF) has been at the forefront of Additive Manufacturing (AM) due to the relatively low costs and broad availability of machines. However, parts produced by this technology tend to underperform when compared to traditional plastic manufacturing techniques, as well as being highly anisotropic due to the weaker polymeric weld introduced between layers during the build process. This causes failure prediction to become particularly difficult, slowing adoption of FFF as a proper manufacturing technique since proper safety design considerations can’t be performed in the early stages of part development.

This project attempts to develop a failure surface for FFF parts by applying a novel failure criterion tailored for anisotropic materials. Said failure surface will be constructed through usage of a relatively small number of mechanical tests under various types of stress conditions – such as pure tension, compression, shear, and combined loading scenarios. Test coupons are produced using either a regular FFF printer or a six-axis robotic printing solution developed by the Polymer Engineering Center (Figure 1). The latter aids in the production of hard to achieve build orientations required to determine some of the stress interactions for the failure criterion. 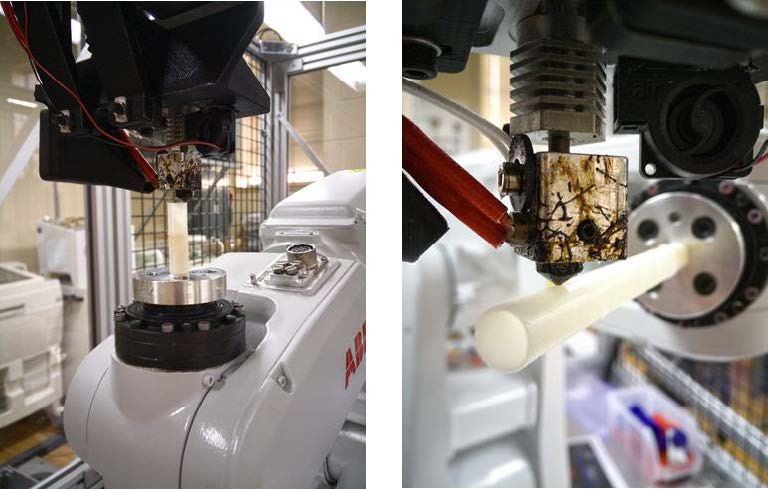