The working principle behind the FFF printing process involves the use of a drive mechanism to push thermoplastic filament into a heated nozzle, where polymer melt is formed and extruded through an opening to form a bead. While FFF has existed for a considerable number of years, the complete phenomenon of melt formation in the nozzle is still not fully understood. While some efforts to model the polymer melt formation exist, most assume that the thermoplastic material is fused almost immediately after it enters the nozzle (Figure 1). However, if one considers a scenario where the print speed is so high that the melting rate is controlled by the applied force on the filament, it can be assumed that the polymer melt will be reduced to a film (Figure 2). This research attempts to model this second limiting case, assuming that the mode of melt formation is governed by melting with pressure flow removal. The model includes the effects of initial filament temperatures, heater temperature, applied force, nozzle geometry, capillary diameter, and length as well as rheological and thermal properties. In parallel, controlled experiments are being performed to compare results from the model with real data. 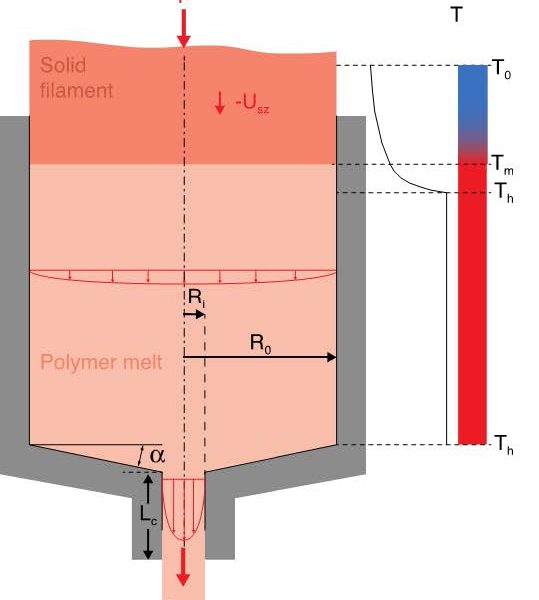 Example of an existing melting model 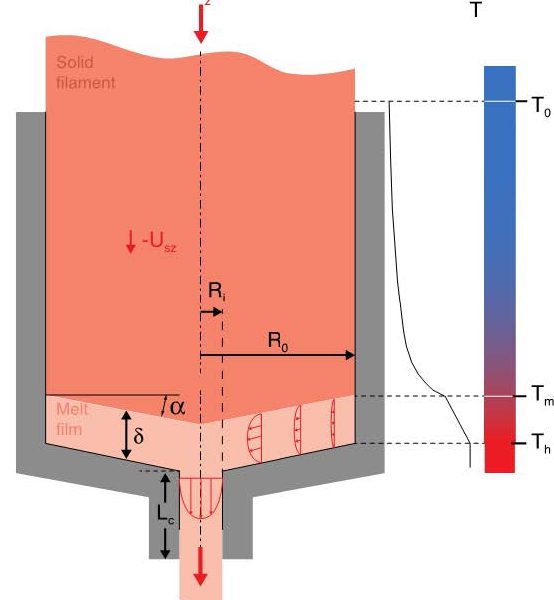